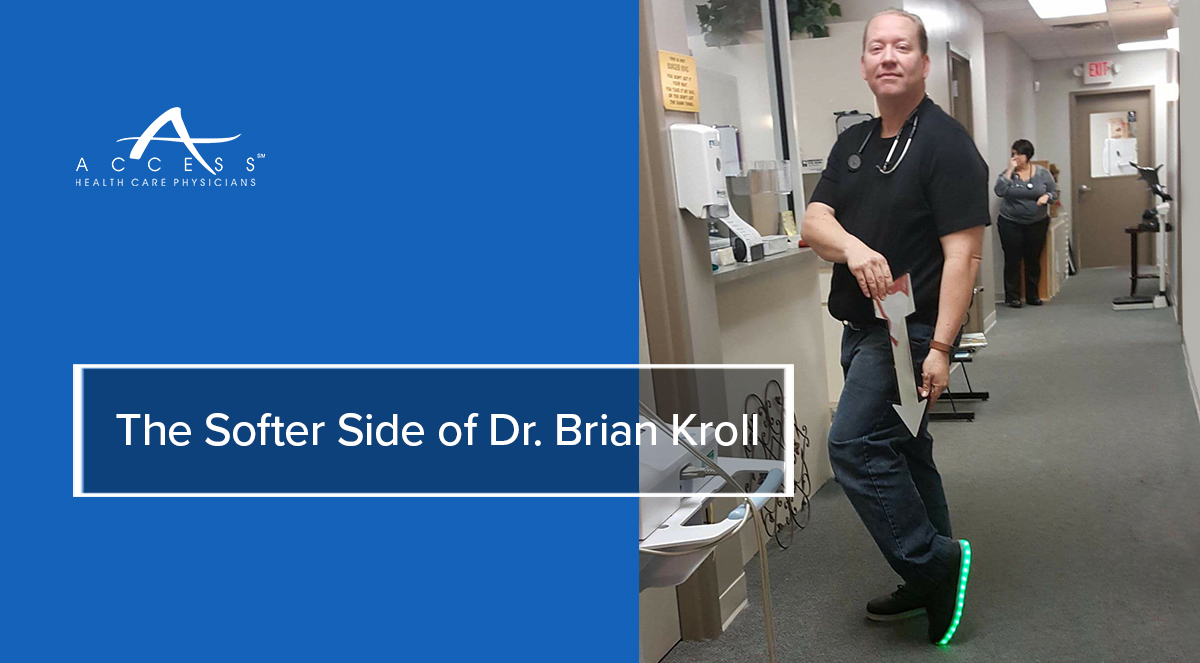 The Softer Side of Dr. Brian Kroll

If you are looking for a doctor who is honest and has the skill to directly explain things in a non-sugarcoated way then we have your man right here. His name is Dr. Kroll. His verbal frankness comes hand in hand with a stark guardianship he takes very seriously over his patient’s care. Dr. Kroll doesn’t need the fluffy persona to earn the respect of his patients and professionals in the medical field. His work speaks for itself as he has been voted best physician four years in a row.

Formerly from New York City, Dr. Brian Kroll became a physician in 2001. Majoring in math and finances, Dr. Kroll realized that medical school was much more interesting when he fell in love with the study of Gross Anatomy. Seventeen years later as an established physician, Dr. Kroll humbly gives the credit to his employees bluntly saying, “I’m only as good as my staff which actually gives a crap about their patients.” His staff laughs about how they fight with him to go home because he works such long days and is often in his office until late at night. He is very dedicated to his work.

Some may say his office décor is as upfront as his personality is. The words “Go Big or Go Home” comes to mind when you step into the office. There’s a giant shark hanging over the front desk, a masked Halloween skeleton sitting among the patients in the waiting room, and a colorful grand statue in the entrance. It’s an amusing twist from the typical office that you can’t help but find interest in. And among the distinct surroundings, there is an area designated for the collection of food and toys to give to the needy, which he does often.

Dr. Kroll’s team lead has worked for him eight years. She makes it very clear, though he can be blunt, he is never rude. He is genuine and upfront but behind his strong persona is actually a big hearted person who in the past has closed down his practice so he and his staff could pay their respects at a beloved patient’s service, someone who goes to a dying patient’s house to hold their hand and be there for the family. Behind this thick-skinned persona is actually a funny, genuine doctor who works countless hours for his patients, collects for the church helping the indigent, has adopted two children and has an endearment with Star Wars. It’s this boldness that makes Dr. Brian Kroll so unique with his direct manner of care. He may not be the most delicately worded person, but he’s a man who runs an award winning practice, cares about his patients, and loves his community.